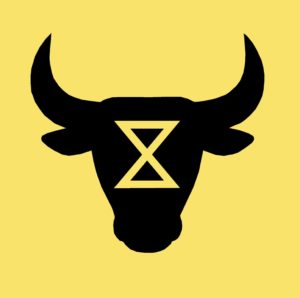 On June 27, activists from ANIMAL REBELLION shed liters of blood at the Stachus to draw attention to the countless victims of the animal-based food industry and rebel against the existing, destructive and deadly system.

These victims are first and foremost the animals, but also the people, future generations and our entire ecosystem.

In order to show the connections, there were speeches on the topics "animal rights", "human rights", "environment" and "pandemics". These can be read below.

in the middle of Munich, our beloved cosmopolitan city with heart, there is a slaughterhouse. In broad daylight, over a thousand cows die there every week. At night, while we sleep, while we lie comfortably in our beds, thousands of pigs die. The pigs are all still babies. They are four to six months old.

So here we stand for the chicks whose small, sensitive beaks are mutilated by a greedy industry so that the birds don't hurt each other later from stress, confinement and boredom.

If they were lucky enough not to have been born male, of course. Because otherwise their yellow, fluffy bodies would have been torn to shreds by the blades of a shredder on the very first day of their lives. Their rearing is not worthwhile for the industry.

We stand here for the piglets that are castrated without anaesthetic at the age of a few days.

Their mothers lie apathetically and powerlessly in cramped box stalls.  The hard metal bars bore into their oversized, overbred bodies. Unable to even turn around, they stare at one and the same wall all day, every day. They spend a large part of their lives like this.

We stand here today for the calves who sit distressed and lonely in their little igloos. Their mothers have cried out for them in despair. Once again force-inseminated, once again giving birth, once again separated from their children. Feeling creatures degraded to milk machines.

Whether chickens, pigs or cows. Whether organic, outdoor or conventionally exploited - life ends for all animals at the same place: the slaughterhouse.

The reason why we're doing all this to them? Well, because it tastes good! That's the only reason we humans have.

Is the brief moment of pleasure really worth all this suffering? Please listen to your heart.

For the Oktoberfest and Christmas season, the restaurant at at the slaughterhouse is the place to celebrate. There is drinking, singing, dancing. A short moment of discomfort, when once again an animal transporter passes the gates and dozens of animal eyes look out in fear. A pause. Maybe what we are doing to them is somehow wrong after all?

But then the party continues. The denial mechanisms are doing their job perfectly.

We have banned violence against animals from our consciousness in such a way that we don't want to admit it even when it happens just around the corner. So some people enjoy life. While the others next door scream for their lives.

Nobody wants to see the blood of the killed animals. What counts is the pleasure. And the money.

The consumption of meat, milk, cheese, butter and eggs is harmful on many levels: first of all for the animals. But consumption also harms us humans:

1. At present the extent of the exploitation of Eastern European workers in slaughterhouses is becoming known. The workers are deprived of any rights through subcontractors: they have to work up to 12 hours a day, have a 6-day week, receive only 1200 EUR salary and have to live in run-down accommodation with up to 6 people per room. Then they are taken away 250 EUR for a mattress. We think: this is modern slavery - and must be abolished.

2. Consumers are another group of victims: many consumers are unaware of the risks of consuming animal products. The dangers are known, but are not mentioned in advertising and are not consistently addressed by public authorities. According to the WHO, meat is considered carcinogenic. Moreover, only animal products contain cholesterol. Together with saturated fatty acids, they are the main cause of high blood pressure, heart attacks, strokes and diabetes. We think: this is misleading - and must be abolished.

3. A group of people who are suffering and also dying as a result of our consumption at this very moment only few people have in mind: 800 million people are starving and are undernourished at this very moment. Yet all people could easily be provided with food. But we are wasting a large part of it by first feeding 35% of the global grain harvest and 75% of the global soy harvest to animals and then eating these animals or their products. We think: this is immoral - and must be ended!

4. Even if we are currently distracted by the Covid pandemic: climate change is the most pressing problem of our time. Animal agriculture is one of the main causes. Up to 51% of greenhouse gases are produced by the animal husbandry. According to current models, the climate catastrophe can hardly be averted. Through tipping points and positive feedback loops, the food supply of all people can suddenly be disturbed. This can lead to a collapse of civilization. Billions of people would be affected. We think that this is irresponsible - and must be ended!

So there are many victims. So let's end this deadly system together: on the one hand - by our own switch to a plant-based diet. On the other hand - through our pressure on politicians to make the change to a plant-based system. The Canadian Prime Minister, Justin Trudeau, proved this week that politics can do that: he announced a 100 million dollar government investment in the plant based sector.
—
We would now like - with the blood spilled here - draw attention to the huge, often hidden violations of human rights.

I would like to try to make my speech as positive as possible. Although we gathered here because of very terrible and sad events, I am convinced that we can still find some motivation.

Why take shorter showers every day when I can save many times more fresh water with the right lunch?

Why plant trees to prevent desert when I can save trees every day just by choosing my food?

Why only donate money for species protection when I can also actively protect species three times a day while eating?

For years we have been shaking our heads over the powerful car lobby that ensures that nitrogen oxide levels do not have to be maintained. How powerful is the animal industry lobby then?  It ensures that we do not even know that almost TWO THIRDS of nitrogen oxide emissions come from livestock farming.  Nitrogen oxides are a less well-known but much worse greenhouse gas than CO2.

What's more, we already use a third of the ice-free land area on earth just to keep and feed our farm animals. The situation is just as bad in the world's oceans, at our current rate we might not have any fish left in 2045 (I won't even be 50 years old then).

Now one might ask how we can denounce all this waste and empty 50 litres of water at the same time? Even if our campaign means that only one litre of milk is drunk less, we save many times as much water again, no less than 1000 litres of water are used for one litre of milk. Moreover, it is a drop in the ocean compared to the absurd and brutal waste that takes place in the slaughterhouse here in Munich alone, where 50 litres of innocent blood are spilled every minute.

Now not everything was positive in my speech, but I couldn't get around that. My message is that each and every one of us can contribute and we have more power than we can believe.

Therefore two demands:  Firstly, we call on politicians for the abolition of this thoroughly sick system of animal husbandry and, secondly, I call on each and every one of us to use our power to change things ourselves, to spread a positive message and to save lives every day. And all this until the bloodshed is over and we, at least for this reason, no longer have to stand here. Thanks a lot!

The army was activated to test workers on Corona. The Red Cross is providing families with food after their entire living environment was quarantined. Again, schools and kindergartens are closed to prevent the virus from spreading any further - and all because of a slaughterhouse!

It is unimaginable news that is reaching us these days from North Rhine-Westphalia, where Germany's largest slaughterhouse group Tönnies has its headquarters in the small town of Rheda-Wiedenbrück. It is at the centre of the new outbreak: more than 1,300 (!) corona sufferers have been confirmed among the employees of the billion-dollar company and its subcontractors.

Due to the consumption of animal products worldwide, about 98% of which come from factory farming, the risk of mutations and outbreaks of viruses is increasing. This is because farms that squeeze the largest number of animals into the smallest space are the most heavily subsidised. This leads to the animals infecting each other and also the workers. That is why 75% of all new pathogens come from animals and why outbreaks of MERS, SARS, HIV, EBOLA and most recently COVID19 have occurred in the past.

Another threat are bacteria resistant to antibiotics. About 80% of antibiotics in Europe are used in animal husbandry and this is the main cause of resistance. This kills more than 30,000 people in Germany every year. The WHO warns that antibiotics will soon be ineffective and millions will die in the coming years.

Another problem is that animal husbandry requires enormous resources to produce a relatively tiny amount of food. For example, one kilo of beef requires ten times as much grain and 15000 litres of water. Therefore, the exploitation of animals is the world's greatest cause of ecosystem destruction and this contributes to the threat of pandemics. Because humans increasingly invade and consume wild animal populations. As a result, animal habitats are becoming more and more restricted and infections are becoming more frequent.

Because of the approaching environmental catastrophe, the enormous costs of pandemics and the insane suffering of billions of animals, we call on politicians to support farmers in switching to vegan organic farming and to close all slaughterhouses. This will become a reality if enough people switch to a plant-based diet, putting additional pressure on the industry. In Canada, this is already working: 100 million dollars have now been released to promote the plant-based sector. Let our politicians take an example from this and invest the billions of euros in subsidies that currently finance animal exploitation in the retraining of farmers to save us all from the next pandemic.